Walmart stands side by side with Chiquita (the former United Fruit Company) and all the other bad apples among U.S. corporations abroad 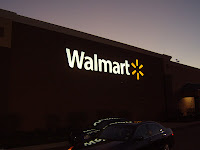 Walmart shadiness is nothing new—its union-busting, its disdain for its low-paid workers, its hypocrisy regarding family values and old-fashioned morality, its take-no-prisoners approach to profits, the whole sordid legacy of Third World sweatshops, squeezed-out suppliers, and scorched-earth tactics toward mom-and-pop stores.

Now the world’s largest retailer now apparently can add massive bribery to its litany of sins, bribery on a scale that puts it in league with other huge U.S. corporations that have wreaked havoc beyond American shores, companies like Chiquita, or as it was formerly known, the United Fruit Company. 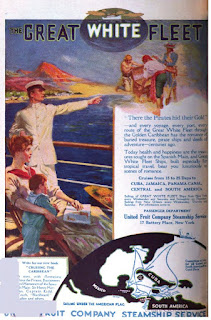 Walmart is under fire as a result of an in-depth investigation by the New York Times that exposed a widespread pattern of bribes totaling upwards of $24 million in Wal-Mart de Mexico, its largest and hottest foreign subsidiary. The scandal reaches all the way to the inside of Walmart’s top corporate boardroom, tainting former chief executive H. Lee Scott Jr., who “rebuked internal investigators for being overly aggressive” in their own investigation of bribes in Mexico, the New York Times reported. Apparently Walmart’s current top executive, Michael T. Duke, was also aware of the problems in Mexico.

However, it was only after learning of the New York Times investigation that Walmart officials notified the U.S. Justice Department that violations of the Foreign Corrupt Practices Act may have occurred.

Until these revelations, Mexico had been a land of golden opportunity for Walmart, becoming the home to a fifth of all Walmart stores in the world and the worksite for more than 200,000 “associates”. Wal-Mart de Mexico’s chief executive, Eduardo Castro-Wright, had become company vice-chairman and was seen as a potential candidate for Walmart’s top job.

Walmart should be used to scandal by now but not perhaps a scandal of this scale. Seven years ago, former No. 2 Walmart executive and Sam Walton protege Thomas Coughlin was found guilty of stealing up to a half-million dollars from the company.

Coughlin’s defense was that the money was used to fund union spies at the notoriously anti-union company.

Walmart’s bad behavior doesn’t necessarily have to involve breaking the law, however. A Business Week investigation in 2006 exposed how Wal-Mart (it changed its name to Walmart in 2008) and Nike bullied their way into the Chinese economy by squeezing suppliers for the lowest possible prices on goods and, in essence, encouraging behind-the-scenes sweatshop conditions at the same time they were assuring their critics back home that they were discouraging such conditions. 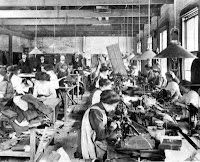 That particularly report came a decade after revelations that television star Kathie Lee Gifford’s line of clothing sold at Wal-Mart was made in sweatshops in Central America and New York City.

Bad behavior is nothing new for mega-U.S. corporations abroad. One only has to look to the sordid legacy of the United Fruit Company, now called Chiquita Brands International. As far back as the turn of the last century, United Fruit stood front and center in Latin American politics, helping to overthrow unfriendly regimes, calling on friends in the U.S. military to help, and inspiring rage in future revolutionaries like Che Guevara and writers like Gabriel García-Marquez.

More recently, Chiquita officials admitted to making payments to a terrorist paramilitary group in Colombia known to operate death squads and attack union organizers and dissident workers. The company reached an agreement with the Justice Department to pay a $25 million fine. It claimed, however, the payments were to protect its workers and plants.

Guess who was once a top attorney for Chiquita. None other than U.S. Attorney General Eric Holder.

Chiquita, the Dole Food Company, and other U.S.-based companies continued to use the cancer-causing pesticide Nemagon in Latin America and the Philippines long after it was banned in the United States, exposing workers to a host of deadly physical ailments.

Want a bit of irony? Dole’s top executive, David Murdock, notorious in Kannapolis, N.C., for taking off with millions of dollars in workers’ pensions when he sold his Cannon Mills textile operation there, returned to Kannapolis years later with a promise to build a “biopolis” of research laboratories to study nutition and healthy foods and eating practices. At the same time, the hypocrite was fighting efforts in Nicaragua to hold his company accountable for its use of nemagon and the resulting health-care disaster to its workers.

Modern-day superstar corporations like Apple aren’t all that different in this dark tradition within U.S. corporate culture and behavior.

A long-awaited report from the Washington-based Fair Labor Association recently eliminated any doubt about the poor working conditions of the Chinese workers who help produce iPads and iPhones. Those conditions include 60-to-70-hour work weeks at minimal pay, conditions the Apple corporation and its partner in China, Foxconn, say they’re going to try and fix. Foxconn has a 1.2 million workforce.

If Apple is indeed serious about righting the wrongs of  such corporate behavior abroad, it would certainly a break from the dark tradition of its corporate brothers.