Homelessness, a growing problem even in the Little Easy 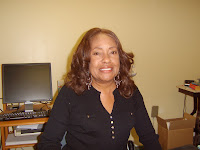 Following is my latest column for Mississippi newspapers. It deals with homelessness in a town that is considered a mecca of prosperity in the nation's poorest state, a state where you find poverty as high as 49.3 percent of the population (in Issaquena County, in the Delta region just north of Vicksburg) and where the governor has threatened to close 10 mental health facilities. Experts say many of the homeless suffer from mental disabilities. Many others are laid-off workers, the jobless poor who populate the lowest rung of our economy. Some, as you'll see, are former convicts. In the accompanying photograph you see Lena Wiley, a local champion of the homeless who heads the Interfaith Compassion Ministry.

OXFORD, Miss. – He’s a convicted felon who served two long terms in Parchman State Penitentiary for selling cocaine, a total of 15 years behind bars, and he came out the last time bound and determined that the rest of his life was going to be different.

“At Parchman, you’ve got rapists, killers, robbers. My cellmate was a guy who had two life sentences, 200 years. He’d cut his girlfriend’s head off.”

The bespectacled, 55-year-old Oxford native speaks matter-of-factly as we talk quietly in a local shop whose good-hearted owner/manager offered him a job. He doesn’t want his name in the papers. He tells how when he turned in his prison stripes, he joined another group of marginalized citizens in these hard economic times: the homeless.

“The people I used to stay with had moved out of town,” he recalls, “and I didn’t want to be around my so-called friends from when I was selling drugs. They never sent me as much as a postcard when I was in prison. I was really feeling depressed.”

So he drifted, one of the growing number of homeless in pretty, pristine Oxford, the boomtown they call the Little Easy, a place so picture-book perfect that an out-of-town guest once asked me, “Where are the poor people?” Yet he himself knows people here living in old cars. A local newspaper has told of a family living in a tent near Sardis Lake.

Eventually, a few good hearts reached out to help the former inmate. He got assistance from the local, church-funded Interfaith Compassion Ministry (ICM), led by the indefatigable Lena Wiley and the only agency in Oxford that still regularly helps the homeless. A church in nearby Water Valley arranged for a temporary home, and people like the shop owner/manager offered him work.

“I feel good right now,” he says. “They gave me a place where I could gather my thoughts, and if it weren’t for them, I’d still be out there selling drugs.”

Homelessness may begin to rival football, Faulkner, and the best boutique buys as a topic of conversation in Oxford’s cafes and coffee shops. A local task force devoted to the issue reports that some 110 families had no roofs over their heads in the city and surrounding Lafayette County during the first seven months of 2009. It found 80 cases of homeless children in Oxford city schools and 172 cases in the county school system.

Between August and mid-November, the task force found 49 homeless families, including 11 children. Forty percent of homeless cases are due to foreclosures, evictions or situations where the families were in uninhabitable structures. Less than 20 percent were transients. The homeless include the mentally ill, victims of house fires, laid-off workers, substance abusers, and former prison inmates. A recent national report showed an estimated one in four homeless are military veterans.

“We do have a problem with homelessness in our community,” task force chair Jean Shaw told the town board of aldermen at a recent meeting, “and the problem is growing.”

Oxford and Lafayette County simply have no room at the inn—or any shelter—for the homeless other than what is temporarily provided by one of the city’s oldest mainstays, the red-roofed, downtown-located Ole Miss Motel.

The motel, fabled in movies and local legend, provides the homeless a shelter for a few nights at a 10-to-15 percent discount off its $40-to-$55-per-night rooms. The ICM pays for the lodging out of donations from local churches. St. John’s Catholic Church recently helped pay off half of a $10,000 bill that the ICM owed.

The motel’s owner and manager, Jack Contractor, a native of India, says he has long had a sympathy for the poor and needy. “I saw a lot of homeless kids in India growing up on the streets. I feel sorry for them. My wife is from Zambia. She saw them, too. If it weren’t for (ICM’s) Lena Wiley, I don’t know what they (the homeless) would do.”

The task force officially disbanded this month but called on the city and county to work with ICM and help fund efforts to relieve a problem that’s bound to grow as winter sets in. Local officials say they’re studying the issue.

Lena Wiley doesn’t have to study the issue. She sees it everyday. “We recently found seven people living in a two-room trailer. It’s a sad situation. It’s not livable. I try not to do a quick fix for the homeless. I try to find a long-term solution. I get a lot of calls.”
Posted by Joseph B. Atkins at 12:10 PM 1 comment:

A round-up of recent labor activity in the South shows that a national board ruling may aid workers in organizing at airlines and railroads, FedEx is still fighting efforts to reclassify its drivers as employees and thus make them eligible to join unions, the Boeing Co. plans to open a plant for the 787 jetliner in North Charleston and avoid union labor costs, longtime labor activist Bill Chandler of Mississippi wins a national award for his long fight for social justice, and Mississippi school bus drivers win an agreement after a two-day strike.

The National Mediation Board recently agreed to change a 75-year-old rule that counted a non-vote in a union election as a "no" vote. Under the new rule, only the votes cast are counted, and a majority of "yes" votes mean the union won the election. Hey, what took 75 years to figure that one out? The anti-union camp fears the new ruling--which covers all companies under the Railway Labor Act--could affect outfits like Atlanta-based Delta Air Lines and Memphis-based FedEx.

FedEx is digging in its heels to fight efforts to label its drivers employees rather than independent contractors and thus expose them to possible unionization. The attorney generals in Montana, New York and New Jersey are pursuing legal suits against the company. Meanwhile, the Teamsters are waiting in the wings, and unionized UPS is hoping to be able to say, "Welcome to our world. Be a part of it."

In a valiant, historic victory nine years ago, Charleston, South Carolina, longshoremen (members of International Longshoremen's Association Local 1422 and other unions) defeated a state-backed, battle-clad army of cops and patrolmen as well as an ol' mossback, retrograde, would-be-Strom attorney general named Charlie Condon in preventing a Danish shipping line from hiring non-union dockworkers. Yet anti-unionism is still strong in the cradle of the Confederacy. It's apparently why Boeing wants to open a new assembly line for its 787 jetliner there. North Charleston defeated Everett, Wash., to get the plant despite the company's longstanding ties to the state of Washington.

Bill Chandler, whose long labor career reaches back to even beyond his days working with Cesar Chavez and the United Farm Workers in California, has been named a 2009 Purpose Prize Fellow for his years-long fight on behalf of immigrant workers in the Deep South. The 68-year-old Chandler is executive director of the Mississippi Immigrant Rights Alliance (MIRA), an organization he also helped found. MIRA is a tireless champion of immigrants--whether they have their proper documentation or not. The prize honors social entrepreneurs over 60. Each recipient receives up to $100,000.

By the way, Chandler's organization, MIRA, will join with the Southern Christian Leadership Conference (SCLC) for their 4th annual "Unity Conference" in Jackson, Miss., December 3-5. The conference is titled "Building Bridges Through Diversity: One Goal, One Vision, United Power". MIRA has fought the good fight for years, helping immigrants get their just wages from employers who'd just as soon let them work for nothing, helping the helpless recover from the ravages of Hurricane Katrina and the crooks and shysters who came in its aftermath.

Dozens of school bus drivers in Hinds County (Jackson area), Mississippi, went on a two-day strike for better wages and benefits in late October that resulted in an agreement between Teamsters Local 891 and the Ohio-based First Student company. After media coverage that typically focused on the `disruption' caused by the strike and the `demands' of the bus drivers rather than the issues that led to the strike, the parties resolved their dispute in a compromise from both sides, local union leader Willie Smith said.
Posted by Joseph B. Atkins at 5:12 PM No comments: