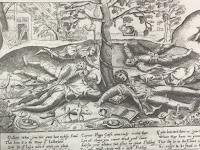 (A 1670 "Mapp of Lubberland", the imaginary isle where the lazy lower classes idle away their days)

Mississippi restaurants complained so loudly to Gov. Tate Reeves they can’t find people to work for $2.13 an hour plus tips that Reeves informed the federal government his state would no longer accept COVID-19 unemployment benefits for workers.

Philip Gunn, speaker of the Mississippi House of Representatives and Republican like Reeves, wrote the governor that restaurants and other businesses can’t get workers “to return to work because they earn more from combined federal and state unemployment benefits than their normal wages.”

So Mississippi joined fellow Southern states South Carolina, Arkansas, Alabama, and other Republican-led states in the South and beyond in denying workers the $300 per week benefits that the federal government had authorized as a result of the pandemic. Unemployed workers in Mississippi will have to live on the $235 a week the state provides.

Inherent in all of this is the utter contempt for average working class people that the patrician leaders of the Republican-dominated South have long had. The Republican Party is the party of the rich—the property-owning business class, CEOs, the country club set, the landed gentry. Republicans in the South today aren’t really very different from the Bourbon Democrats of the Old South—arrogant, paternalistic, ever suspicious of someone from the lower classes trying to sneak a free ride.

Even when Republicans cloak themselves in a kind of inverse populism, like Donald Trump, the contempt is still there, just under the surface, and it shows itself in their policies and actions, such as Trump’s eviscerating of the National Labor Relations Board during his administration.

Restaurant workers and retail workers were hit hard by the pandemic as businesses across the land shut down. Mississippi’s unemployment rate jumped from 5.8 percent in February 2020 to 15.7 percent in April 2020. Today it hovers just a little above 6 percent.

Despite a federal $7.25-per-hour minimum wage, restaurant workers typically work for as little as $2.13 an hour with the hope that tips can make up the difference.

“To ask people to go back to work for low wages instead of receiving a `living wage’ is asinine,” Democratic Mississippi Rep. Jeramey Anderson of Moss Point said in a tweet reported by the Mississippi Free Press. “Unemployment benefits are not the problem. Our failure to address low wages in our state is the real issue.”

In her compelling book White Trash: The 400-Year Untold History of Class in America, author Nancy Isenberg tears away at the lie that the United States is a essentially a class-less country where anyone with some gumption can succeed. “We need to stop thinking that some Americans are the real Americans, the deserving, the talented, the most patriotic and hardworking, while others can be dismissed as less deserving of the American dream,” she writes. “Class is as American as it ever was British.”

Isenberg writes of how 17th and early 18th century aristocrats like the British philosopher John Locke and the Virginia planter and diarist William Byrd II considered the lower classes such as those in the colony of North Carolina lazy, shiftless, contemptible, needing-to-be-ruled residents of what they called “Lubberland”.

The media are as much to blame as greedy capitalists. Every issue that raises the spectre of class conflict in America is immediately sidetracked into an issue of race or of the narrow-minded prejudices and ignorance of the Great Unwashed. The utter frustration of their voicelessness in both the Republican and Democratic parties led many in those unwashed masses to vote for Donald Trump. Of course, he had no more intention of serving their interests than did Hillary Clinton.

Despite a blue-collar identity betrayed again and again in a political career of compromises, Joe Biden has thus far as president stepped up to the plate in support of working class people in his domestic policies. He’s shown sensitivity to their plight during the pandemic, expressed strong support for labor unions, and challenged rather than succumbed to Republican intransigence. 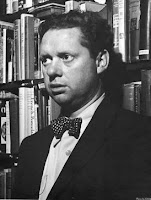 (To the right, the poet Dylan Thomas)

Workers in the South are showing some feistiness in face of the political hypocrisy that’s constantly dealt them. Sure, they lost big labor battles at the Amazon warehouse in Bessemer, Alabama, recently and at the Nissan plant in Canton, Mississippi, in 2017, but they’re not simply going gently “into that good night” the poet Dylan Thomas warned us about. They’re indeed raging “against the dying of the light.”

Nurses won a big battle in organizing  at the Mission Hospital in Asheville, North Carolina, last September. Workers at the Valley Proteins rendering plant in Bertie Country, North Carolina, are trying to organize. Miners at Warrior Met Coal in Alabama are on strike. Organizations like the Southern Workers Assembly and the United Electrical, Radio & Machine Workers of America (UE) are sowing the seeds of a labor-conscious New South.

Sooner or later, enough eyes will open to the plantation mentality of political leaders like Tate Reeves of Mississippi that a change will come. The sooner the better. 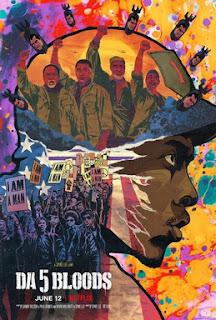 Watching Spike Lee’s Da 5 Bloods (2020) last night was like a flashback for this old Vietnam veteran. I lived vicariously through his characters’ return to the country where they had fought decades before. Lee filmed on location, and I soaked in the sights of modern-day Saigon—pardon me, I mean Ho Chi Minh City—with its skyscrapers, McDonald’s, and, well, its vibrant sans war life.

No more armed solders patrolling the major thoroughfares, no more roads, sidewalks, and storefronts pockmarked from past shellings. The old Saigon—and I was there many times—was a war-torn big city of two million (nine million today), French colonial still, with whores and black marketeers everywhere, poverty at every corner, armies of lambrettas and bicycle riders waiting at every intersection, many of them ridden by beautiful women in their traditional ankle-length Ao Dai dresses, little alleyways where old men offered you reefer, opium, and their granddaughter.

Big as it was, there was a leisurely pace to the city, something the tropical heat required, a place where you could sip your Biere 33 at a sidewalk café and only intermittently worry about danger coming out of those shadows around the corner. 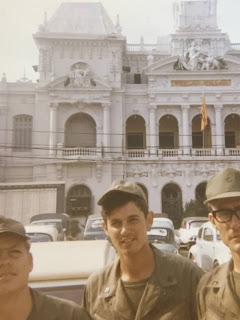 (To the right, yours truly in the center with my buddies Bob to my right and Parker to my left. Saigon, 1971.)

Spike Lee’s film, compelling but flawed, follows four vets through the streets of Ho Chi Minh City and into the countryside, where they search for the remains of their wartime squad leader and a cache of gold that they had buried near those remains. The issue of race is at the heart of the film, of course. It is, after all, a Spike Lee film, and indeed race lay close to the heart of the conflict in Vietnam, where GIs, black and white, regularly joked about killing “gooks” as if the Vietnamese people were something less than.

The Vietnam War was about more than race, however. Race is usually a symptom of a much larger problem. Vietnam came after more than a decade of Cold War-mongering, witch hunts by Joe McCarthy and the U.S. House for Un-American Activities Committee, the constant saber rattling of the military-industrial complex Ike warned us about. Greed usually can be found in the shadowy origins of every war. We left Vietnam with our tails between our legs, our first official loss but not our last. We keep wanting to relearn the old bitterly learned lessons. 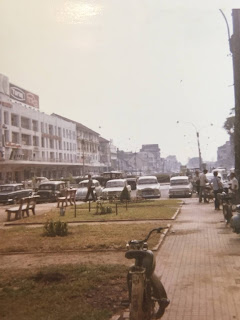 I was a war protester, a veteran of so many marches and anti-war rallies that I was burned out by the time I got drafted. So I became a soldier. I didn’t want to go to Canada. The whole time I was in the Army and in Vietnam I worried my protester days might come back to bite me in uniform, but I gave the Army too much credit. I’m glad I went to Vietnam. It’s a beautiful country even in war. I met some amazing people—my girlfriend Hanh, my Army buddy Bob (we remain in regular contact), the old Mama-San at our base who was always wanting me to get her cigarettes from the PX so she could black market them. 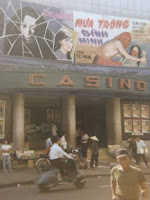 In my mind, Da 5 Bloods begins to unravel and lose focus somewhere along the search for that hidden gold. Maybe that was appropriate. This nation went on a similar kind of misguided journey when it went to war in Vietnam, and that, too, unraveled at the end.