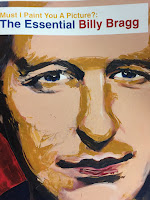 “Better late than never” is an expression that has often brought me solace as I’m such a late bloomer on many fronts. I was a flag-waiving, protesting ‘60s radical who had heard of Phil Ochs but never much listened to him. So here I am, a half-century later, enjoying his anti-war, pro-union tunes and getting a particular kick out of “Love Me, I’m a Liberal”, a scathing indictment of all those middle-of-the-roaders who are scared of their own—or simply lack—convictions.

(To the right, Phil Ochs)

Like so many of Ochs’ tunes, it’s very timely today when columnist Jennifer Rubin of the allegedly progressive Washington Post interpreted the midterm elections as yet more proof that Democrats need to be moderate and wary of radical types like Bernie Sanders. As reported in the media watch group FAIR’s Extra!, USA Today also joined last November in dumping on Democrats who might to push too hard on climate change. I can see Phil Ochs grinning with a “I told you so” look on his face.

Discovering the genius of the late Phil Ochs led me to another discovery, that of the very much alive and well Billy Bragg, a British working class singer and guitarist who has been belting out leftist tunes since the 1980s, one of which, “I Dreamed I Saw Phil Ochs Last Night” takes the classic labor tune “I Dreamed I Saw Joe Hill Last Night” and makes it a paean to Ochs. With his searing guitar, his licks full of righteous indignation, Bragg keeps alive the Woody Guthrie-Pete Seeger-Sara Ogan Gunning-Florence Reece-Ella May Wiggins-Phil Ochs tradition.

Listen to his updated version of Florence Reece’s classic “Which Side Are You On?”

In these times, and particularly here in Trumpland, you need the fighting words of singers like these to keep your spirits up.

Here in Mississippi, yours truly is the only reporter who has said much about the downfall of the powerful Carlos Ghosn, the corporate hero at Nissan, Renault and earlier at Michelin who became known as “le cost killer” in France for his slashing of as many as 25,000 jobs on the way to fame. As I wrote in my 2008 book Covering for the Bosses, Ghosn reminds one of erstwhile corporate hero Bernie Ebbers of WorldCom before his downfall. The Mississippi press welcomed Ghosn with gushing praise when he announced the coming of the giant Nissan plant in Canton back in 2000 (at an initial cost of $363 million to the nation’s poorest state).

I didn’t know how prophetic these words were until Ghosn’s arrest in Japan last November amid allegations he had been skimming off company earnings for his own gain and understating his own earnings. He has been held in detention in Japan ever since his arrest, stripped of his titles at Nissan and Renault and fired, and most recently accused of receiving “improper payments of as much as $8.9 million from a joint Nissan-Mitsubishi venture. He also allegedly used Nissan funds to make $14.7 million in payments to Khaled al-Juffali for the Saudi businessman’s help in getting a letter of credit to offset Ghosn’s investment losses. Ghosn says he’s innocent.

A decade ago, Ghosn, now 64, was earning an estimated $4 million a year, a sum that does not include stock options and other income sources. He could spend a decade in prison in found guilty on the charges he’s facing.

Labor South readers recall how Ghosn bitterly fought unionization at Nissan’s plant in Smyrna, Tennessee, essentially threatening workers with their jobs and future if they voted pro-union, how he earlier helped keep the classic labor documentary Uprising of ’34 out of a classroom at Spartanburg Technical College in South Carolina in 1995. The documentary dealt with the brutal killing of seven striking textile workers in Honea Path, South Carolina, in 1934.

And, of course, Ghosn told French officials in 2016 he and Nissan were not standing in the way of unionization efforts at the Canton, Mississippi, plant even as managers there threatened and intimidated workers.

Ghosn succeeded in keeping the unions out of his plants in the South, but he was not so successful in keeping himself out of jail.

Oh, and by the way, Nissan recently announced it was slashing 700 contract workers from its workforce at Canton due to sluggish sales. So the Ghosn spirit lives on even if the man himself is in jail.
Posted by Joseph B. Atkins at 12:07 PM No comments:

Happy birthday, Stanley Aronowitz, lion of labor intellectuals and activists, plus a few comments about the U.S. health care system 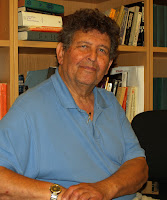 Stanley Aronowitz, a lion of labor intellectuals who spent years on the front lines as a factory worker and labor organizer before entering academia, celebrated his 86th birthday this week. It’s an event that all who seek betterment in the lives of working people should mark. Perhaps no other labor writer/activist in this country has contributed more to the understanding of our own labor history, how we got to where we are, and where we need to go to revitalize the movement.

Born and bred in New York City, Aronowitz has written eloquently about the need to organize the U.S. South. Calling the region “labor’s Achilles heel,” Aronowitz wrote in his compelling foreword to my 2008 book Covering for the Bosses: Labor and the Southern Press, that “the South has become, in essence, another country. … Anti-unionism in the South is preserved and protected by measures that resemble the actions of antidemocratic governments in Asia and Latin America more than the ideal that America is the land of a free people. The struggle for Southern labor is perhaps the greatest struggle for democracy in the land.”

In the 2008 Manifesto for a Left Turn: An Open Letter to U.S. Radicals, Aronowitz and a group of leftist writers offered a plea for a workers’ party that finally will end the largely one-sided allegiance labor has given the Democratic Party and become truly a force for workers’ rights. In a detailed, step-by-step outline describing how labor can once again become a social movement, the manifesto calls for a committed radical media that will help encourage a deepened sense of class solidarity, one that dispenses with all the distracting “middle class” mumbo-jumbo politicians and neo-liberalism-embracing “liberals” use to distract us.

As detailed by Aronowitz’s daughter, writer Nona Willis Aronowitz, in her New York Times op-ed piece in December, this lion of labor activists and intellectuals has suffered health problems since having a stroke a few years ago and even with a decent pension has experienced financial strain like many older Americans because of this country’s broken health care system. Her sister, fighting breast cancer, has faced a similar struggle.

Even as a respected and honored intellectual, philosopher, and author of many books, Stanley Aronowitz has always stood with the working class, and their fight has always been his fight.

Speaking of our health care system ...

I’ve had my own experience with this broken system with the recent injury of my stepson in a serious truck accident in Little Rock, Arkansas. Having started a new job just a couple months before with still a few days before his health insurance kicked in, Andy soon found himself not only in a hospital with serious leg and hip injuries but also without a job and then without insurance to pay for his care. His company let him go nine days after the accident. Shortly thereafter, his scheduled departure from the hospital got expedited from weeks to days to one day.

He’s now on Medicaid and staying with his mother and me in Oxford, Mississippi, as he recuperates. The latest struggle is to find him a primary care physician, and so far it’s not easy.