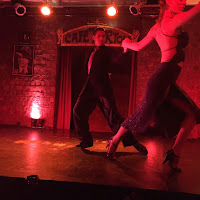 Your Labor South correspondent hasn’t filed in a while because of deadline pressure for my book on the late actor Harry Dean Stanton. Postings should get back to normal once the manuscript is off to the publisher sometime in October. Meanwhile here is a development in the Global South worthy of our attention.

After neoliberal Argentine President Mauricio Macri’s resounding defeat in the August presidential primary, know that the eyes of the “Ugly American” in the White House are watching as that nation prepares for the final October 27 election (with a possible November 24 runoff) to see if the Peronist candidate Alberto Fernandez and his running mate and former president Cristina Kirchner will do as expected and toss Macri out on his ear.

Labor South has had a strong interest in Argentine politics since your correspondent was there during Macri’s election in 2015. Macri’s victory that year ended 12 years of Kirchnerismo, a pro-worker, neo-Peronist movement that saw the nation finally begin to stand on its own feet and not under the shadow of the International Monetary Fund, Wall Street, and the world network of what Bernie Sanders calls “hedge fund vultures”.

The neoliberal world heralded Macri back in 2015. The Economist in Great Britain, for example, called his election “the beginning of saner economic policies” but then added a cautionary “perhaps”.

What happened under the wealthy former businessman subsequent rule, however, was a reversal of the decline in poverty that Kirchnerismo (under the late Néstor Kirchner and then his wife Cristina) had overseen. Two million Argentines joined the poverty rolls. Poverty has risen from 29 percent to 35 percent of the population, The Guardian reported last month. According to the Pope Francis-linked Movement of Excluded Workers (MTE), six million Argentines now roam streets and alleys and rummage through trash cans to keep from starving.

Furthermore, Macri, true to neoliberal tradition, has plunged his nation back into deep debt, twice what it was before he took office. He sought a $57.1 billion IMF loan just last year. Inflation is at 54 percent, and, of course, the only solution to any economic woe that the IMF, World Bank, and other neoliberal institutions ever offer is “austerity” and more austerity. Translation: cut back drastically on social programs, retirement plans, wages, and, of course, UNIONS.

Fernandez, a Peronist but generally moderate in his politics, smartly agreed to align with Cristina Kirchner (of course, she brilliantly orchestrated that alliance) for the August primary, defying the Macri forces that have tried desperately to put her behind bars in classic Latin American political tradition. Together they head the Frente de Todos ticket, and pulling together the poor and the strapped middle class to hand Macri a striking 15-point primary defeat.

Meanwhile, Donald Trump and his minions are weighing their options.  The Obamas may have tangoed with the Macris, but Trump would love to waltz them across the finish line in December if he can. He’s already rattling sabers at Venezuela (as well as Iran and China), and the last thing he wants is another left-leaning country to the south putting his corporate friends’ profiteering at risk.