The Collective West, led by the United States, will lose the war in Ukraine and here's why 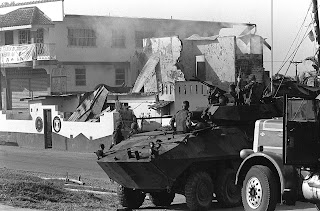 The Collective West, led by the United States, is going to fail in Ukraine. Why do I say this? Look at the long, sordid history of failure by the Deep State in Washington, D.C., and its uncontrolled vanguard, the Central Intelligence Agency.

The Deep State, led by neocon/neolib warmongers like Victoria Nulend of the U.S. State Department, wants to reduce Russia to a second-rate country that can never again challenge U.S. hegemony as it once did as the Soviet Union. It wants to strip countries from the Russian Federation, reduce them to future customers of the corporatocracy that rules hand-in-hand with the Deep State and controls both the Democratic and Republican parties.

After eliminating Russia from competition with the United States, the Deep State will turn its full attention to China, a still-rising global economic power that poses even more of a threat to U.S. world hegemony than Russia. U.S. House Speaker Nancy Pelosi’s trip to Taiwan this year was clearly a signal to Beijing that that the United States is ready to rough it up if necessary to assert dominance in a region that is thousands of miles from its shores.

But let’s look at that history of failure and what it portends about the current proxy war the United States and its puppets, NATO and the European Union, are waging with Russia. The sordid history of the CIA reaches back into the earlier years of the post-World War II era—CIA-and-Deep State-sponsored coups and other deadly political manipulations in Chile and elsewhere across Latin American, Africa, and Asia.

More recent history provides us a long, bloody list of wars where countless people died, including American soldiers, whole nations were left in smoldering ruin, and economic and political chaos ensued: Vietnam, Libya, Iraq, Syria, Honduras, Afghanistan. A renewed look at the 1992 documentary The Panama Deception would be instructive as it details a bloody U.S. invasion that had everything to do with U.S. dominance and nothing to do with the rights of the Panamanian people.

All of this done with the complete complicity of the U.S. mainstream media. As a longtime journalist and professor of journalism, I am embarrassed, disgusted, and angered but not surprised by the gutless lapdog behavior of the New York Times, Washington Post, Los Angeles Times, Wall Street Journal, CNN, MSNBC, CBS, ABC, and NBC in regards to their coverage of the Ukraine war. I am no fan of Fox News, but at least it allows Tucker Carlson to tell the truth about Ukraine. And thank goodness for alternative media, a rare source of truth these days.

The Deep State/CIA history of failure isn’t the only reason the Collective West is going to lose, however. Compared to U.S. President Joe Biden’s babbling meanderings, British bellicosity and nostalgia for empire, and the utter obeisance of continental European leaders to U.S. will, Russia’s Vladimir Putin seems to be a leader who knows what he’s doing and knows what he needs to do to protect his country and his people. He knows the threat an expanded and aggressive NATO on his borders poses. He knows the broken promises of NATO and Ukrainian leaders that led to NATO expansion, the broken Minsk agreements, and the 2014 coup that put pro-Western stooges in power in Kiev.

Putin and Russia will fight this war to the end and win because to them this is an existential threat, something it is not to the Collective West. The Deep State has never understood such determination because it never takes the time to study a foreign culture, foreign history, the deep sense of history that permeates the world beyond theirs in the Beltway.

Of course, the Deep State and its CIA wing essentially operate at the behest of giant U.S. corporations—the military-industrial complex, if you will. They want the free range of markets that U.S. global dominance provides. They don’t want to compete with the Chinese or the Russians.

I have no doubt in my mind that the U.S. was behind or at least approved the sabotaging of the Nord Stream pipelines. It was good for business even if it guaranteed a long, dark, and cold winter for Germans and other Europeans. European leaders know this, but they are too cowardly to confront the U.S.

Where will this all end? For Russia, a new era in which it will play a leading role in what has been called “the emerging order” that includes China, India, African nations, and others and that will mean an end to U.S. hegemony.

What does it mean for the Collective West? Chaos and division in Europe—already seen in rising inflation, multiple prime ministers in England, a rise in right-wing politics in response to the continent’s current Weimar-like leadership, and deep divisions that will render the term “collective” completely inoperative.

As for the United States, it will mean political and economic turmoil at home as it adapts to a rightfully reduced role in the world.