A new column venue & recalling an encounter with I.F. Stone; Student loan debt, a scandal of our times 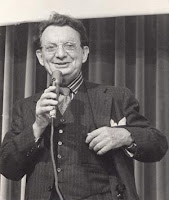 A new venue for my column, and remembering an encounter with I.F. Stone

I was a lowly intern at a major newspaper up north, sitting at my desk in a corner plotting my day when a small, elderly, bespectacled man walked past me to a nearby telephone. Notebook in hand, he picked up the receiver and dialed.

I don’t remember the rest of his conversation because I was in shock. Before me stood one of my heroes, the dean of “alternative” journalists, the man who exposed the federal government’s lies about the risks of atomic bomb testing and was rewarded for it with a 5,000-page file on him in the vaults of J. Edgar Hoover’s FBI.

I introduced myself after he hung up, of course, later interviewed him, and never forgot the encounter. I tell this story because this is my first column in Mississippi’s premier “alternative” newspaper, the Jackson Free Press, a publication that keeps alive the spirit of journalists like Stone, George Seldes, Dorothy Day, telling it like it is whether the powers that be want to hear it or not.

There’s lots to write about in this beleaguered-but-wonderful state of Mississippi--its “business friendly” governor and legislature boasting of making it harder for workers to file claims for injuries, vowing to crack down on immigrant workers, cutting education funds at the same time they’re giving corporations more tax breaks.

However, today let’s talk about student loans, a scandal of our times, what writer Jeffrey J. Williams has called a modern-day “system of bondage similar … to indentured servitude,” even worse in some ways because today the shackles can last a lifetime rather than the one-to-seven years imposed two centuries ago in England and the Colonies. 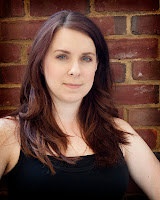 Student loan debt, a scandal of our times

(To the right is Donica Phifer)

Donica Phifer needs a job. She’s 26 years old, holds degrees in journalism and music from the University of Mississippi, lives with her mom and disabled dad in tiny Tishomingo, and owes $44,000 in student loans. Add interest and the IOU amounts to $58,000.

“It is frustrating, I won’t hem and haw around it,” says Phifer, who graduated in December. “I’m not the only person. It’s terrifying. … Right now I don’t know if (college) was worth it. I spent $40,000 for two pieces of paper. … There has got to be a better way than kids taking out thousands and thousands of dollars in loans. … I hate being in debt. My gosh, I hate it!”

Phifer says the bad economy has put fresh graduates like her in competition with experienced workers who are also hunting jobs. Out of approximately 100 job applications, she has gotten 25 interviews so far. “They come back and say, `We really liked you but we want someone with professional experience.’”

Phifer’s loan is held by Sallie Mae, the nation’s largest private lender, a company that started out as a federal nonprofit operation. In the spirit of privatization that now threatens to turn our public schools, prisons, and universities into corporate entities, Sallie Mae went private in 2004, and in 2011 it spent $3 million of its subsequent multi-millions in profits to lobby the federal government against such things as the Fairness for Struggling Students Act, which would have allowed loan forgiveness to students who declare bankruptcy (a right they now don’t have).

Things may soon get worse for students. The interest rate on subsidized Stafford Loans will double to 6.8 percent July 1 if Congress doesn’t act. Republicans are refusing to agree to keep the current cap unless Democrats make concessions on Obamacare.

Phifer is right when she says she’s not alone. The average college loan debt is now $25,000, compared to $2,000 a quarter century ago. Students currently in college will owe an average $34,000 if politicians don’t do something about it. The total college loan debt across the nation is $1 trillion.

Who’s to blame? Here in Mississippi, the state Legislature cut college and university funding yet again this year, setting the stage for another tuition hike—from 8.5 to 10 percent. Tuition has risen 40 percent in the past decade, while the median wage rose a mere 2.4 percent. The state provided 56 percent of funding to higher education in 2000. Today it’s 37 percent, according to the nonprofit Mississippi Economic Policy Center.

The de-regulation frenzy in Washington during the Reagan and Clinton administrations enriched Wall Street but helped impoverish future college students. People are starting to protest. The “Occupy” movement has embraced student loan debt as a cause. President Obama, seeking re-election, told students in Iowa recently, “I’m president of the United States, and I just finished paying off my college loan eight years ago.”

“Take thou no usury of him,” God tells Moses in Leviticus, “but fear thy God.”

Some Old Testament cleansing may be necessary to fix the rampant usury indenturing an entire generation in this country. Whether the philistines in Washington are truly paying heed is another matter.
Posted by Joseph B. Atkins at 7:41 AM