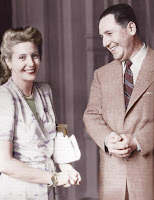 (To the right, Eva and Juan Perón)

Eva Perón described the challenge facing her fellow Argentinians more than sixty years ago in ways that could still apply today. “What is happening to our people is a drama, an authentic and extraordinary drama for the ownership of life,” wrote the nearly mythic wife of Argentine leader Juan Perón in her posthumously published book Mi mensaje (My Message), “ … of happiness … of the pure and simple well-being that my people have been dreaming about since the beginning of history.”

Later in her book, she declares, “All the people have to do is decide that we are the masters of our own destiny.”

Labor South has been following the unfolding “drama” in Argentina since last November, when voters went to the polls to choose between the Perónist Daniel Scioli and the neo-liberal Mauricio Macri for president. Twelve years of Kirchnerismo—the pro-worker, neo-Perónism of the late Néstor Kirchner and his wife Cristina—were coming to an end, and the election was key to the future of Argentina.

Macri won the election, and now just three months later, people are in the streets demonstrating against the resumption of neo-liberal “austerity” principles that helped ruin the Argentine economy in 2001 and which are still wreaking havoc in Greece and other European economies. It’s the same old free-trade-at-all-costs, corporate-worshipping philosophy that further enriches the rich at the expense of working people.

According to labor leaders in Argentina, Macri has overseen a 500 percent hike in electricity rates and a 10-to-15 percent decline in wage purchasing power. Some 40,000 public and private workers have been fired or seen their jobs discontinued since Macri took over in December.

Half of the 22,500 now-jobless workers in the private sector had construction jobs.

Macri has even cracked down on demonstrations as seen with a recent police confrontation with young demonstrators in Bajo Flores. Reports say 11 were injured, including young children.

Macri, former mayor of Buenos Aires, has vowed to restructure the nation’s finances to meet its indebtedness to international lenders, and, of course, the neo-liberal mantra for meeting such goals calls for reduced government programs and, in turn, reduced worker wages and benefits as well as resistance to the unions that try to protect those wages and benefits.

The pro-worker spirit within the complex legacy of Perónism is still alive and well in Argentina, however. Most of the country’s governors as well as majorities in both houses of its Congress are not in Macri’s camp or that of his so-called “Cambiemos” (“Let’s Change”) coalition. More importantly, Perónism still lives in the streets of Buenos Aires and the country as a whole.

“Perón taught us that the people’s happiness comes first, that a country cannot be made great if its people are not comfortable,” Eva Perón wrote so many years ago.

Those words still live, just as the spirits of Eva and her husband also do.

Posted by Joseph B. Atkins at 9:55 AM No comments: