Death at Howard Industries of Laurel, Mississippi, a company showered by media love and political largesse despite its horrible record 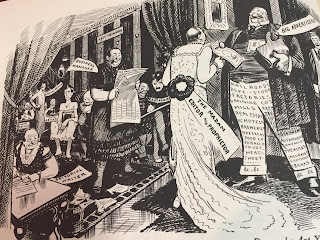 Controversy still hangs over Howard Industries in Laurel, Mississippi, as the federal Occupational Safety and Health Administration continues its investigation into the March 15 death of a 36-year veteran worker at the company.

Sixty-three-year-old Larry Moffett died as a result of what the company called a “crush incident” when a heavy piece of equipment fell on him. Details are sketchy beyond that point, but Moffett was a tank regulator and leak tester and only two years away from retirement.

In a subsequent blog post on the incident, the Grossman Law Offices in Dallas, Texas, noted that OSHA investigations give “people a false sense of hope” and can take up to 18 months and, if the agency finds fault with the company, it usually issues “paltry fines that hardly put a dent in the company’s bottom line, and then move(s) on.” Furthermore, “what does this do to help families facing medical bills, burial costs, lost wages, and the immense pain caused by the loss of a loved one? Not much.”

A billion-dollar maker of primarily electrical transformers that employs up to 4,000 workers, Howard Industries in Laurel has been showered with taxpayer-funded government subsidies and local media adoration as well as state media indifference for years even though its record makes it arguably one of the state’s worst companies.

The death of a Howard Industries worker at its nearby Ellisville, Mississippi, facility in January 2011 led to 17 OSHA safety violation citations. “Two serious violations related to the fatality include not requiring employees to use work safety practices dealing with live electrical circuits, and failing to use locks and tags when de-energizing test equipment,” an OSHA press release said in July 2011.

Workers had to be evacuated from the plant in March 2018 after two transformers caught on fire. OSHA fined the company $200,000 for 54 violations of work safety rules in 2008, the same year the plant was the site of the nation’s largest raid on undocumented workers at the work place in history. Three years later it pleaded guilty to conspiring to violate immigration laws and received a $2.5 million fine.

Thanks to the diligence of the Mississippi Immigration Rights Alliance, Howard Industries was shamed into releasing 283 paychecks to migrant workers that it had held back.

In 2012 the company agreed to a $1.3 million settlement of a discrimination lawsuit by four black women who said they were refused jobs because of the company’s preference for Latino workers.

Despite this dismal history, Howard Industries has benefited from local tax exemptions for years, a $31 million state subsidy in 2002, plus a $20 million bond issue from the county. Its horrible record for low wages among its majority African American workforce brought in the NAACP back in 2015 and led the Laurel City Council to support the NAACP’s plea that Howard Industries raise its wages and to threaten the company’s local tax exemption. Half the workforce belonged to the International Brotherhood of Electrical Workers but they still made between $3.55 and $6 an hour less than their counterparts in other nearby plants. The council eventually changed its mind and backed off amid a blistering attack by the local newspaper and likely behind-the-scenes pressure on council members.

Howard Industries also has a record of rewarding friendly politicians. It once rewarded state legislators with free laptop computers.
The Laurel Leader-Call is an embarrassment of a newspaper that heaps such praise on Howard Industries it could hardly be expected ever to do any real investigation of the company. “We were fierce defenders of HI when out-of-towners embarked upon a crusade to get its employees to unionize,” the newspaper editorialized some months ago, “and we smacked around some past councilmen editorially when they tried to pull HI’s tax exemption because of a handful of disgruntled employees.”