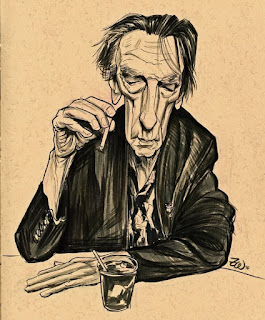 (Artist Zack Wallenfang's wonderful drawing of Harry Dean Stanton, the frontispiece to my new book on the actor)

My book Harry Dean Stanton: Hollywood’s Zen Rebel had its official birthday (publishing date) this past Thursday, the culmination of a four-year journey that took yours truly from one end of Hollywood to the other, into the Kentucky hills and the beautiful city of Lexington, deep into the Big Apple’s Greenwich Village, and down to New Orleans’ World War II museum.

Along the way I met and got to know many fascinating folks, both famous and regular folks like myself. Harry Dean relatives like Jim Huggins Jr. , Sara Stanton, Ralph Stanton Jr., and his half-brother Stanley McKnight Jr. opened their hearts to me, as did Harry Dean buddies like musician Jamie James and actors Ed Begley Jr., Dabney Coleman, and Dennis Quaid. Famous directors Wim Wenders, Bertrand Tavernier, Alex Cox, and Monte Hellman gave me their time and their great insight into their work with arguably Hollywood’s most famous character actor. 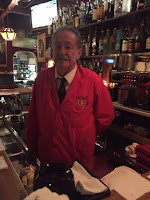 Harry Dean hated the term “character actor” but that was what initially pulled me toward him as a subject. As a lifelong film buff, I was always drawn to those familiar-but-nameless faces in the supporting cast.

They are “the spark plug that drives the engine, underpaid, overworked, under-appreciated, overlooked, scarcer than hen’s teeth, a national treasure,” as L.Q. Jones himself wrote in his foreword to Justin Humphreys’ Names You Never Remember With Faces You Never Forget. 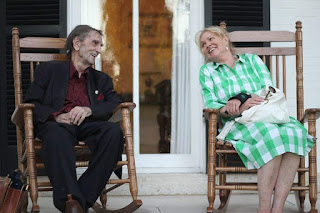 As Labor South proves in great detail, this writer has always been attuned to the lives and stories of working stiffs, and character actors are the working stiffs of the Big and Small Screen. Harry Dean did get his name in the marquee in the early 1980s with Paris, Texas, and Repo Man, both classics today. He settled back into the supporting cast after those films, but many knew his name now, and many went to see a movie for the simple reason that he was in it.

With "his lean face and hungry eyes," film critic Roger Ebert once wrote, "Stanton has long inhabited the darker corners of American noir ... . He creates a sad poetry."

And Ebert also had this to say: "no movie featuring either Harry Dean Stanton or M. Emmet Walsh (also a character actor) in a supporting role can be altogether bad."

Quite a testament to a Hollywood working stiff.

Published by the University Press of Kentucky (@kentuckypress), Harry Dean Stanton: Hollywood’s Zen Rebel is in your local bookstores and available for purchase at the usual online sites. Hope you check it out. If you do, let me know what you think.