Shakespeare's plays are filled with warnings of what one scholar called the "cynical privilege, murderous imperialism, cold exploitation" that comes with the misuse of power 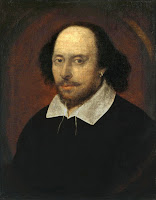 Labor South borrowed from Shakespeare near the end of 2019, so it is appropriate to begin 2020 with The Bard, who still has something to say in these modern times.
Shakespeare’s King Henry IV, near the end of the reign that he murdered his way to get, finally sees what he will leave in his wake.  “How foul it is (the body of our kingdom), what rank diseases grow, and with what danger near the heart of it.”

The great Shakespearean scholar Charles Harrison, in his 1985 collection of essays, Shakespeare’s Insistent Theme, writes how the world’s greatest playwright saw corruption and misuse of power as a violation against nature and moral order, a rottenness at the core of the state that ultimately infects the entire state. It’s a theme that runs through Hamlet, Macbeth, Richard III, Julius Caesar, King Lear, and throughout his work.

In those plays lies “a paradigm of cynical privilege, murderous imperialism, cold exploitation,” Harrison writes. “Shakespeare’s plays abound in tyrannical kings, murderous dukes, venal bishops, and domineering fathers, set over against soldiers and servants and doctors and gardeners and boatswains who are models of courage, generosity, and sanity.”

It’s a vision of the modern world just as much as it was of the Roman Empire and Shakespeare’s own times. What is “cynical privilege” if not Wall Street and the neoliberal rule of the IMF, World Bank as well as the European Union with their “austerity” policies that cripple worker protections and needed social programs to enrich modern-day usurers who would shame Shylock?

What is “murderous imperialism” if not the secret maneuverings of the CIA and the White House in aiding the right-wing overthrow of governments such as in Honduras and more recently Bolivia? The 2009 U.S.-backed coup in Honduras has left that country with 60 percent of its population living in poverty.

Aided and abetted by mainstream media and a donor-compromised Democratic Party as well as a bought-and-paid-for Republican Party, the Trump White House continues to play the "Ugly American" in Latin America. Angry at Argentina for providing deposed Bolivian leader Evo Morales refuge, it has also warned the nation's new left-leaning government of Alberto Fernandez and Christina Kirchner to distance itself from pariah nations like Venezuela and Cuba or face dire consequences from the IMF and other organizations in the region it essentially controls.

This “murderous imperialism”, of course, stretches across the Middle East, where President Trump and his minions are defying Iraq’s demand that U.S. soldiers leave the country in the wake of the targeted killing of Iranian military leader Qassem Soleimani, who yes was responsible for killing American soldiers after their political leaders put them in harm’s way on the other side of the world but who also was an effective combatant against mutual enemies like Al Qaeda, the Taliban, and the Islamic State.

What is “cold exploitation” if not Trump’s haranguing of immigrants crossing U.S. borders to escape the ravages of, yes, drug wars but also the poverty and desperation handed them by neoliberal rule in their region, by NAFTA and other trade deals that destroyed their farms, and by the climate change that Trump refuses to acknowledge? “Climate change is one of the central factors driving refugees to cross the U.S. southern border,” writes Joshua Cho in Extra!, the news letter of the media watch group FAIR. Floods, hurricanes, and drought affect the poor more than anyone, and they often have no choice but to leave their homes.

The working class and the poor suffer most from the Darwinian capitalism that’s practiced today—whether it’s migrants and refugees from central America or African Americans who were duped into buying homes on top of Louisiana’s toxic landfills (see Lauren Zanolli’s article in the January 3 edition of The Guardian) or the struggling North Carolinians, many of them African American, who live downwind and downstream from that state’s massive pork producing industry.

The earth shouldn’t be used “as a resource to be exploited but as a home to be preserved, with trust in God,” Pope Francis has said.

However, what if the only god the exploiters trust is money?