Starbucks and No Evil Foods bosses want to be hip and cool, but their behavior is more like Mr. Potter in "It's a Wonderful Life" 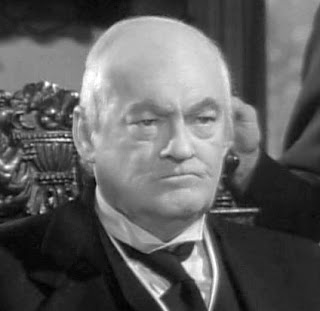 (Lionel Barrymore as the banker Henry F. Potter in the 1946 film It's a Wonderful Life)

Isn’t it interesting when “hip companies”-- like Starbucks and No Evil Foods in Asheville, North Carolina—face the prospect of unionization they begin to look more like old anti-union troglodyte Walmart than City Lights Bookstore?

The pro-union fuse that was lit among Starbucks workers in Buffalo, New York, recently has turned into a wildfire that’s spreading as far south as Knoxville, Tennessee, and Tallahassee, Florida, and as far west as Denver, Colorado. Union organizing is taking place at as many as 15 stores across the country.

Led by Labor South publisher Joe Atkins’ former student Jaz Brisack, Starbucks workers at one Buffalo shop voted union in December. Soon afterward, a pro-union election was announced at another Starbucks in the city.  In early January, workers at one of the shops showed their new unity by walking off their jobs to protest the company’s lack of safety measures amid a COVID-19 surge in cases in the area.

Based in Seattle, Washington, Starbucks is a nationwide company—230,000 workers at upwards of 9,000 coffee shops—that prides itself on being a hip, swinging outfit as cool as its tasty coffee latte is hot. That’s its brand—cool and hip. Young staffers who are progressive “about climate change, fighting racism and (for) labor rights” and whose hero is Bernie Sanders are “the kinds of people the company has hired over the years to reinforce its progressive branding,” Noam Sheiber wrote in the New York Times this month.

Yet, the company definitely didn’t want a union in its midst. Like so many companies in today’s capitalism, it prefers to call its workers “partners”—hmmmm—and feels they don’t need a union to protect their rights. The company sent out officials and managers to one shop facing an election to observe and discuss unionization with the workers, an effort seen as threatening by some of the workers.

Pay and pensions are comparatively good at Starbucks. However, the union sympathizing baristas want “more input at work,” Sheiber wrote.

Compare the experience at Starbucks with that of the workers at No Evil Foods in Asheville, North Carolina. Labor South wrote about this very hip and cool vegan food company back in April 2020. This was a company with a leftist schtick, offering vegan meat products like Comrade Cluck and the chorizo-like El Zapatista. The owners called themselves “revolutionary leaders”.

When workers tried to unionize, No Evil Foods’ response was to hire the union-busting law firm of Constangy, Brooks, Smith and Prophete. That’s the kind of thing you’d expect from Walmart or that other old troglodyte of the past, J. P. Stevens, not from an outfit that sells El Zapatistas!

The union lost the vote, but workers did finally get the company to agree to give them “hazard pay” during the pandemic. The workers considered that a victory.

Sadly, No Evil Foods abruptly fired all of its Asheville workers in June 2021 after agreeing to partner with another company to stave off sharply declining revenues. Workers lost their pensions as well as their jobs.

“They preached all this stuff, but then when it came down to it … they were very, very cutthroat,” worker Mike Rapier to the Huffington Post.

Whether they’re in Silicon Valley or an old mill town in the Carolinas, companies in today’s world of capitalism aren’t that much different from the old top-down companies of the past. The bosses cling to their power like Old Man Potter in It’s A Wonderful Life, and they’ll be damned if they're going to allow some pesky union to muscle in.

Good things can come out of bad things. A good thing coming out of this pandemic is a growing consciousness among workers across the nation (and maybe the world) of their rights and of their need to band together to speak with a united voice that demands to be heard. That's what's really cool, and more power to them!