The UAW tries again at VW in Chattanooga, Mississippi's waterboys for ALEC, and old socialist Milwaukee to host Democrats

It’s time for another Labor South roundup, and this go-round we find the United Auto Workers gearing up for another election at the Volkswagen plant in Chattanooga, Tennessee. This comes at the same time former VW boss Martin Winterkorn faces charges for fraud, much like former Nissan boss Carlos Ghosn is facing other charges of his own. Meanwhile Mississippi legislators lead the nation as waterboys for ALEC, while the top GOP gubernatorial candidate in that state warns against the threat of Hollywood elitists. This and a peek at old socialist Milwaukee!

Another Union Battle Looming at Volkswagen in Chattanooga 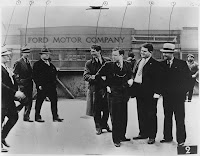 (To the right, the UAW's Walter Reuther--third from right, forefront--at the Battle of the Overpass in 1937--just before Ford goons began swinging their fists at him and other organizers)

UPDATE - May 5, 2019: No date has been scheduled as of yet for the next vote for union representation at the Volkswagen plant in Chattanooga. However, Tennessee Gov. Bill Lee has already weighed in in a speech to plant workers last week that was a thinly veiled attack on the union. Par for the course in Tennessee politics. Volkswagen shut down its assembly lines so workers could hear it.)

Five years after losing a tight election at the Volkswagen plant in Chattanooga, Tennesee, the United Auto Workers is prepping for another vote very soon and the opposition is already gathering forces.

UAW officials say they hope this election will not be marred by the outside interference that contributed to their narrow 712-626 loss on Valentine’s Day in 2014. After pledging to stay away from that fray, then-U.S. Sen. Bob Corker, R-Tenn., and Tennessee Governor Bill Haslam came in with fists flying against the union. Haslam even threatened a promised $300 million state subsidy to help Volkswagen expand the plant if it went union.

The last election featured "a lot of outside interference," UAW Local 42 President Steve Cochran told Mike Pare of the Chattanooga Times Free Press. "We hope that doesn't happen like the last time."

Will anti-union forces stay out of this battle? Of course not. The UAW needs a reality check if it even hopes for such a thing. In fact, the National Right to Work Foundation is already up in arms and trying to call attention to recent troubles at the union involving officials misusing union funds. Corker and Haslam will come off the farm to wave a bloody flag, bet on it, and so will old right-wing troglodytes like Grover Norquist.

Volkswagen, with 43 of its 45 plants around the world already unionized, will be fighting the union as well. It challenged a pro-union vote by skilled trades workers at the Chattanooga plant back in 2015, and its public pledges to remain neutral this time around ring hollow. No small irony that former VW boss Martin Winterkorn now faces serious fraud charges over the company’s diesel emissions scandal. If that goes south for him, he’ll find himself in the same kind of pickle that former Nissan CEO Carlos Ghosn is in. Ghosn has been in and out of jail in Japan in recent months due to charges that he misused the company’s cash.

What the UAW and pro-union workers at the plant need to do is be battle-ready and smart. Win the game at getting their message to the public, be more creative in their public relations, their catchy phrases, as well as in their appeals to the workers. Be the cause of social justice that the UAW was back in the 1930s, the UAW of Walter Reuther, not the diminished, vision-lacking UAW of more recent years.

The Waterboys of the Mississippi Legislature

More bills written by outside sources get filed in the Mississippi Legislature than in any other state, according to a recent report by USA Today.

Whether the issue is abortion, gun laws, or reduced regulation, legislators in this state carry more water for corporations and other outside groups than their counterparts elsewhere. The Republican-led legislature is a brooding hotbed of conservatism, fertile ground indeed for the arch-conservative Koch brothers and groups like the American Legislative Exchange Council.

Rest assured, with the Koch brothers and ALEC giving marching orders, Mississippi will remain the nation’s poorest state and one with ever-shrinking services to its legions of poor. Politicians like Republican gubernatorial candidate and current state Lieutenant Governor Tate Reeves can be expected to do their part. On the campaign trail recently, Reeves touted his low-tax, low-services, pro-school voucher, anti-public education agenda by decrying the growing influence of “the elitist not only in Hollywood on the West Coast but also on the East Coast” who want to destroy Mississippi and its values. Ross Barnett would be proud. 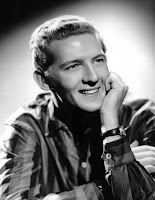 One bright spot on the horizon has been the selection of Milwaukee, Wisconsin, as the site of the 2020 Democratic Party National Convention. No city in the country has a stronger leftist tradition than Milwaukee, which elected three socialist mayors between 1910 and 1960. Under their leadership the city became famous for its commitment to social equality and also fiscal soundness.

However, given the ongoing battles within the Democratic Party for its soul, the effort by neoliberal Clintonites to crush the progressive spirit embodied by Bernie Sanders, let’s hope we don’t end up singing that old Jerry Lee Lewis ditty “What Made Milwaukee Famous Made a Fool Out of Me”!