Two Southern heroes who stood up to the Fascists: the Rev. Ed King, author of a new book about the Civil Rights Movement, and the late crusading journalist Robert Sherrill 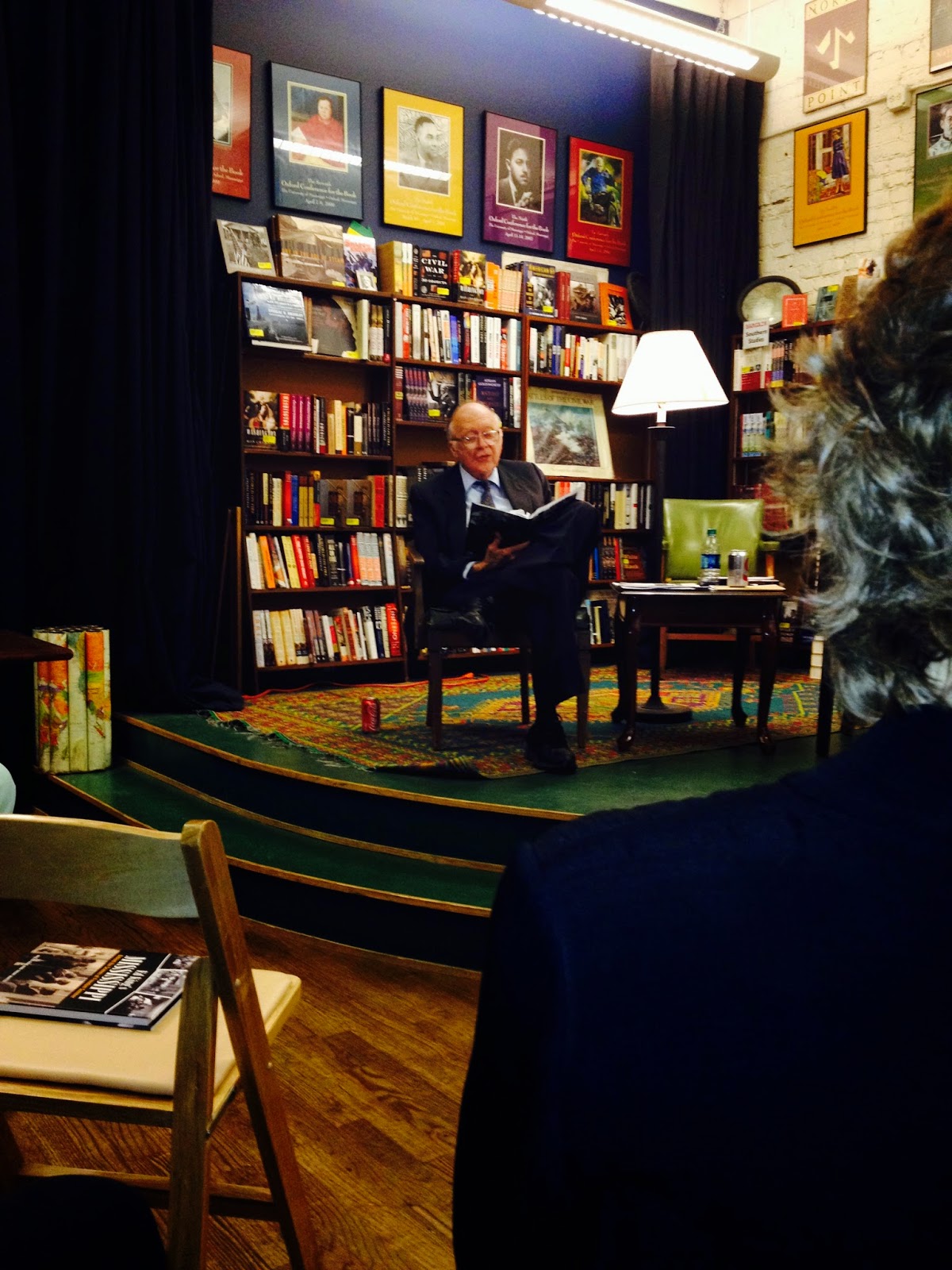 Today Labor South looks a couple Southern heroes who took on the fascists who ruled the land.

OXFORD, MISS. - The Rev. Ed King was certain his days were numbered back during the long, hot summer of 1964.

“None of us in the leadership expected to live through the summer,” the lanky civil rights hero recalled during a recent reading from his book Ed King’s Mississippi (University Press of Mississippi) at Off Square Books here in Oxford.  “We were a band of brothers.”

What made King different from his “brothers” in the Mississippi Movement, however, was his whiteness. A chaplain at predominantly black Tougaloo College, King was on the front lines during throughout the movement, helping lead the Mississippi Freedom Democratic Party in its challenge to the whites-dominated state party and serving as an MFDP delegate to both the 1964 and 1968 national Democratic Party conventions.

The Vicksburg, Miss., native and Methodist minister paid a hefty price for his activism. Beaten and jailed, he suffered permanent facial scars in a car accident in 1963 that he blames on white supremacists out to kill him. His parents were forced to leave the state.

However, it is King’s work as a photographer and writer that was the focus of his recent visit to Oxford. With co-author Trent Watts, King offers in his new book dozens of photographs he took with his 35 mm camera, intimate shots of Martin Luther King Jr., Ralph Abernathy, Andrew Young, Bob Moses and other movement leaders not only at public gatherings but in private moments at COFO (Council of Federated Organizations) offices in Jackson, in pool halls, and in various Mississippi backwaters.

King proves himself a fine writer in the book’s narrative as well, drawing on the prevalent use of dogs by Mississippi law authorities as a metaphor to describe the horrors movement leaders faced. “The leaping, pawing, snarling police dog, the German shepherd—Nazi beast, fang-bared pet and tool of the white police—had by 1964 come to symbolize white racist power and opposition to the civil rights movement.”

Veteran Mississippi political journalist Bill Minor recalled in a recent column King’s dedication to the cause. “One of my most disturbing memories covering the civil rights era was seeing Ed King in clerical collar and ministerial garb yanked off the steps of the old federal courthouse and tossed into a Jackson paddy wagon. … He had gone that day with several black ministers to make Christian witness that blacks were not alone in the struggle for civil rights.”

King’s strong moral compass put him at odds with other civil rights era veterans during the 1990s when he opposed efforts to make fully public with names and all the secret documents of the Mississippi Sovereignty Commission, which had operated like a secret agency to fight racial integration through intimidation, threats, and smear tactics. King felt that victims of the agency’s spying might be victimized again if the files were simply opened with no protections for them. The files eventually were made public.

Now in his mid-seventies, King is an old revolutionary steeped in the tradition of religious leaders like Dietrich Bonhoeffer and Martin Niemoeller. They all sacrificed of themselves to take a stand against fascism.

My first encounter with Robert Sherrill, one of the South’s premier warriors with a pen, was in the 1980s in a library in Jackson, Miss., where there on the shelf was his blistering indictment of Southern demagoguery, Gothic Politics In The Deep South: Stars of the New Confederacy. The 1968 classic ranks up there with A.J. Liebling’s The Earl of Louisiana and T. Harry Williams’ Huey Long among the best books ever written about Southern politics.

Sherrill died at the age of 89 this past August. The South lost a major voice, but, as is typical for the South, I’ve heard hardly a lament anywhere beyond major publications in the North. In his written memorial, former Nation editor Victor Navasky recalled the late Texas muckraking columnist Molly Ivins’ proposed epitaph for Sherrill: “Here lies a man who never kissed ass.”

A native of Frogtown, Ga., who spent many years in Tallahassee, Fla., Sherrill graced the pages of Nation, the New York Times Magazine, I.F. Stone’s Weekly, Playboy and other publications over the years with his no-holds-barred, searing prose.  No ink-stained wretch of the newsroom was better at tearing off the scabs of the many wounds Southern politicians have inflicted on their region and the nation.

At one point in Gothic Politics, Sherrill takes a moment to talk about himself:
“I started writing this in the sub-basement of the Florida capitol: a good place to begin measuring the Deep South. It is a building whose superstructure is appropriately half a foot out of alignment with its foundation. There is a sense of abandonment, a wistful archeological air about the capitol as of ruins nobody cares to dig.”

In other words, the Florida capitol was like the rest of the South—then and still today, a place “of great disrepair as the result of the business-industry power faction’s having ruled successfully for so long.”

Here are a couple of the mini-profiles of now-deceased Southern pols Sherrill gave us in Gothic Politics back in 1968:

Longtime Plaquemines Parish, La., political boss Leander Perez, “the Swamp’s Gift to Dixie”: “Perez has gathered into one spirit all the money lust, moon-spawned hatred for the black man and Jew and foreigner, and painful paranoiac reaction to federalism, that have marked the Deep South for many years; he has gathered them from many sources, and then slopped them back upon the land.”

U.S. Sen. James O. Eastland of Mississippi, longtime chair of the Senate Judiciary Committee and “Child of Scorn”: “Like Miniver Cheevy, James Eastland, child of scorn, loves the days of old but does not know what to do about it. … He is a loyal Mississippian, and this loyalty, combined with his hold on the chair of the Senate Judiciary Committee, has given Eastland both the motive and the position to shape, retard and pervert the civil rights movement more than any other man in America.”

Oh, could Sherrill skewer a politician who deserved skewering!

However, he also knew that the true secret to Southern politics lay beyond the ever-dominant issue of race, and that secret was MONEY.

Southern pols “never describe their control of politics as originating in financial motives; their objective, they will tell you, has always been purely to preserve the South as the last outpost of fundamental founding-father Americanism.” However, “it was not the NAACP’s … racial emphasis but the CIO and the specter of socialized production and medical care that … inspired the blackest fears.”

Sherrill spoke with the righteous indignation of an Old Testament prophet, and his words still ring true today.