Workers in the South and beyond striking against the intransigence of their bosses, hedge fund owners, and even their own union leaders 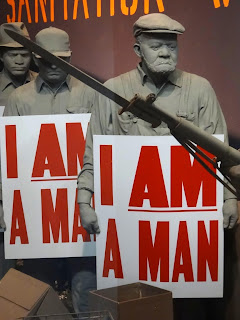 Whether it’s the ongoing pandemic, rising frustrations within the rank-and-file of unions against not only corporate bosses but their own labor leaders, or both, workers are taking to the streets and going on strike across the country for better pay and working conditions.

Mine workers have waged a six-month-long strike at two Warrior Met Coal mines in Brookwood, Alabama, near Tuscaloosa, as the mines’ hedge fund owners refused to restore the pay and health care cuts that were made several years ago in an effort to get the company back on sound financial ground.

A consortium of as many as 30 hedge funds took over the company in 2016 after its previous owner filed for bankruptcy. In classic hedge fund tradition, the new owners are insisting on up to 16-hour days and seven-days-a-week work schedules as the company enjoys new prosperity to the tune of $4 billion in revenues since the takeover. Company executives are lapping up as much as  $35,000 in bonuses as a result.

The company’s latest contract offer would only restore $1-an-hour of the $6 pay cut miners had accepted after the takeover.

“This company has prospered,” miner Dedrick Gardner told Steve Wishnia of Labor Notes. “We worked a whole year during the pandemic. The mine didn’t shut.”

Dana workers on one side, union and company bosses on the other

Wildcat strikes are taking place at the Dana Inc. auto parts company after workers in Paris, Tennessee, Louisville and Dry Ridge, Kentucky, Columbia, Missouri, and other plants across the country soundly rejected a contract offer that was negotiated by the United Auto Workers and United Steelworkers.

Despite low pay and 12-hour-per-day, 7-days-per-week, poor COVID-protection working conditions at Dana, union officials have thus far ignored workers’ rejection of the contract, instructing them to keep working.  The unions have okayed a number of pay-cutting concessions ever since Dana came out of bankruptcy 13 years ago.

Auto mechanics in Chicago defy their own strike-breaking union

In the spirit of the Memphis sanitation workers’ strike in 1968, one of the most famous of wildcat strikes in the country’s history, auto mechanics in the Chicago area are also on strike in defiance of their own union, the International Association of Machinists (IAM). They’re demanding higher pay for their low-tier members and better health care provisions.

The response from IAM leadership has been to encourage strikebreaking and isolation of the strikers. Union leaders want the workers to accept lower pay than what the strikers demand as necessary just to keep up with inflation.

In the 1968 strike in Memphis, Mayor Henry Loeb refused to even recognize the American Federation of State, County and Municipal Employees (AFSCME) as a valid union representing the sanitation workers. The workers struck anyway, winning their work action ultimately but strike supporter Martin Luther King Jr. lost his life in the process.

A strike in Bourbon country

Over in Bourbon country, some 400 workers at Heaven Hill in Bardsdown, Kentucky, are also on strike after rejecting a contract offer by a wide margin. “During the pandemic and all that, the company has told us, we’ll remember you all during contract time,” local union leader Jerry Newton told Mike Elk of the Payday Report. “Well, contract planning is here. They have showed us no respect.”

Workers say their wages are significantly lower than those at other whiskey-making companies and that they’re now being asked to work weekends as well as during the week.

Heaven Hill makes Evan Williams and other well-known whiskeys. Whiskey sales have risen since the onset of the pandemic even as restaurants and bars have experienced declining revenues.