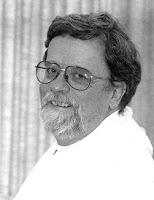 The 68-year-old priest, grandson of Irish immigrants, and “Canon Regular” of the nearly 900-year-old Norbertine order grew up in the streets of Chicago, studied the priesthood during the heady Vatican II revolution, and earned his stripes as a social justice crusader during and after the days of rage and protest that were the late ‘60s.

Today he’s one of a half-dozen priests at the Norbertine Priory of St. Moses the Black, a 106-acre refuge devoted both to contemplation and social action, and set so far off the beaten track in the rural woodlands south of Jackson that it takes a act of faith to find it.

“I have a monastic spirituality,” Tobin told me during a recent interview at the priory.

Forgive me, Father, if I raised my eyebrows. The Jeremy Tobin I know is one of the fieriest, most passionate champions of the poor and working class I’ve ever met, proof that the fine old tradition of “labor priests” like Monsignors George Higgins and Charles Owen Rice is alive and well in the Deep South—a tradition given a recent boost in Pope Benedict’s strikingly pro-labor encyclical Veritas in Caritate (“Truth in Charity”).

I had yet to understand that Norbert’s 12th century call to his followers to be “a minister of Christ and servant of the people” means: be prayerful but also active and involved. “O priest, your office is not meant for your personal use,” Norbert told his flock.

Let’s hear a few samples of Tobin’s oratory and Norbertine spirit in speeches to the United Auto Workers and civil rights-era veterans as well as in his monthly column with the Catholic diocesan newspaper, the Mississippi Catholic:

On labor unions: “When workers unite for just and fair wages, for just and humane working conditions, they engage in God’s work.”

On companies that pit workers against workers: “They use foreign labor and cheat the workers, but make citizens feel robbed. It is an old con. … We are not fooled.”

On immigrant workers: “The very symbols and hallowed buildings of America were built by slave labor. … The railroads were built by Chinese laborers. … Were they legal? What is legal? … Slavery was legal, but it was an abomination that split the country, and we still live with its curse. … People are not illegal. Things are illegal.”

On politicians and media personalities who demagogue the immigration issue: “To take the chicken pluckers and semi-literate people from Central America and make them a security risk is the biggest racist scam I know of.”

On civil rights: “The movement is not dead by any means. It is alive and well, and updated to the times. Young people today are committed to the liberation of people of color worldwide.”

On the screaming town hall critics of national health care reform: “It is amazing the level of stupidity out there. We need to start teaching civics in school again.”

Janna Avalon, editor of the Mississippi Catholic, said Tobin provides a needed voice. “He has gone out on a limb on immigrants, wrote about Ted Kennedy (the late senator and noted liberal). I appreciate how he is not afraid to venture into national politics and talk about Catholic leadership.”

For all his fiery oratory and deep-felt commitment to social justice, Tobin is a hail-fellow-well-met kind of guy, quick and easy to laugh and chuckle, his eyes twinkling over his mustache and goatee. He loves Mississippi, his home for the past 11 years, and in his column for the Mississippi Catholic, he often takes time away from serious issues to smell the roses.

“Sometimes I … miss the sirens and the train whistles” of the big city, he once wrote. But “here I am looking out into the woods learning about something I never heard of, muscadine, and getting excited about it, and five kinds of oak, and what you can do with it. … It is never about me, or you. It is about experiencing each day as a special gift from God.”

I’ve got a feeling that old medieval activist Norbert would approve such sentiments.
Posted by Joseph B. Atkins at 12:45 PM