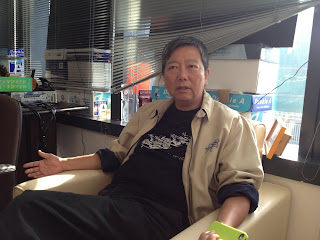 Let’s compare and contrast two major figures on the labor and political fronts of their homelands and see which one stands truer to his convictions. The two are veteran Hong Kong labor and democracy advocate Lee Cheuk-yan and former U.S. Secretary of Labor and Democratic National Committee Chair Tom Perez. 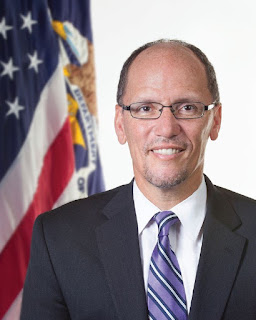 Lee Cheuk-yan, general secretary of the Hong Kong Confederation of Trade Unions, today is sitting in prison after getting two concurrent 18-month sentences for his role in pro-democracy rallies in 2019. He has been a key organizer in the annual and now-banned pro-democracy candlelight vigils in Hong Kong’s Victoria Park, events that commemorate the victims of the bloody government crackdown that took place in Beijing’s Tiananmen Square in 1989.

Tom Perez served as U.S. secretary of labor during the Obama Administration and then later took over the DNC after an inner party struggle between the pro-Perez Obama-Clinton establishment and party progressives who wanted Keith Ellison of Minnesota. Perez announced last week he is going to join the union-busting Venable LLP law firm.

I interviewed Lee in Hong Kong back in June 2013 and also joined in the pro-democracy vigil at Victoria Park. Pressure from Beijing at the time seemed to me comparatively muted—dock workers had just won a 40-day strike in a city without collective bargaining rights--but Lee knew it lurked in the shadows and posed an ever-present threat. 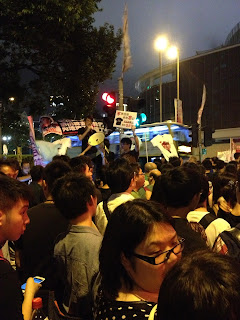 (To the right, pro-democracy vigil in Hong Kong's Victoria Park in June 2013)

“We have to support independent unions, and at the same time, democratic rights,” Lee told me. “Unless there is democracy in China, it will be far more difficult for Hong Kong to have a real democracy.”

In Hong Kong, “you have to deal with the Communist Party regime,” he said. “After the handover (when Britain relinquished its colonial rights to Hong Kong in 1997) , they had a coalition with big business. They want big business on their side. Their concern is overwhelmingly stability. They want to cooperate with the capitalists, and that the capitalists should cooperate with them. That’s the political deal. … Workers, of course, are always the ones that sacrifice.”

Bernie Sanders’ challenge to Hillary Clinton in the 2016 presidential primaries became a battle for the soul of the Democratic Party in the United States. The party of Bill and Hillary Clinton had become so embedded with Wall Street and big business that American labor became more or less an afterthought.

Prior to Perez’ takeover, the DNC had conspired to undermine Sanders’ candidacy in favor of Clinton. Clinton won the party’s nomination but then went on to lose to Donald Trump. Instead of some serious soul-searching and a change in direction, however, the party establishment put at its head Perez, who had campaigned for Clinton. Current President Joe Biden worked hard for Perez as did other party insiders, making lots of phone calls for his friend from the Obama days.

The Democratic Party’s identity crisis goes back a long way, however. Barack Obama came into office in 2008 with great expectations—I’ll never forget his rousing pro-labor speech at the AFL-CIO convention in Chicago in 2005—but he quickly filled his administration with corporate neoliberals like Tim Geithner and Larry Summers. Today Obama is trying to walk back his pro-corporate record, telling the New York Times recently that “the bank bailouts just angered everyone, including me.”

As labor secretary, Perez fought the courts for the so-called “Persuader Rule” that would require companies to disclose spending on anti-union groups and consultants—Donald Trump later dumped that rule—but now he has joined Venable, one of the firms that lobbied against the Persuader Rule.

“Venable’s attorneys are at the forefront of helping clients navigate dynamic regulatory, policy, and labor and employment issues,” Perez said in a press release from his new employer. “I look forward to joining them in this important work.”

As reported recently by the Daily Poster, Venable proudly proclaims on its website that “we regularly counsel and train clients on union avoidance, employee terminations, arbitration, and contract administration and interpretation.”

So here we have a former U.S. secretary of labor and Democratic Party chief who’s now openly in bed with union-busting barracudas even though American labor remains one of the Democratic Party’s most loyal supporters.

Across the world in Hong Kong, we have a labor leader and party chief—Lee Cheuk-yan’s resume also includes service as chair of the Hong Kong Labor Party—who has been jailed by a Communist-ruled regime that claims to be wholly dedicated to not only the workers of Hong Kong and China but of the world.

“I am proud I can walk with the people of Hong Kong on the road to democracy,” Lee said before he was sentenced. “We will walk together even in darkness with hope in our heart.” 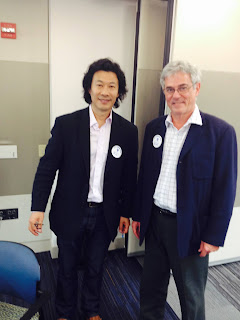 Another Hong Kong-based dissident, Han Dongfang, founder of the China Labour Bulletin and a veteran of the 1989 crackdown on pro-democracy protesters at Tiananmen Square, told me and others during a June 2014 panel discussion in Washington, D.C.,  that “if you are afraid of the dark, and the dark knows this, it will be aggressive.”

Han, who spent 22 months in a Chinese prison for his labor organizing at the time of the 1989 crackdown, was in Victoria Park this month even though authorities had forbidden any demonstrations. As police patrolled the area to make sure everything was under control, he told a Reuters reporter, “I just feel like being here.”

How would Tom Perez advise Lee Cheuk-yan and Han Dongfang today? Would he say, “Surely there’s a party position for you, or, if not, a lucrative law firm that could use your experience”? We know what their answer would be.