Joe Biden's endorsement of the union drive at Amazon's Bessemer, Alabama, plant is a needed breath of fresh air for the U.S. labor movement 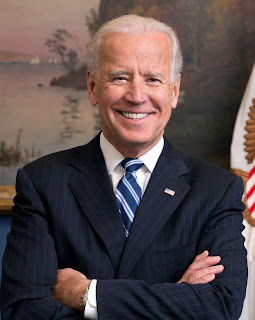 President Joe Biden’s endorsement of the union drive at Amazon’s Bessemer, Alabama, warehouse is a shot in the arm for the labor movement in the U.S. South and in the country as a whole. He’s the first president to go full-scale public with his support of unions since Franklin Roosevelt, who was president when Biden was born in 1942.

Voting is underway at the 6,000-worker plant, and Amazon has pulled out all the stops to kill the union drive, subjecting workers to anti-union meetings and videos, using social media to identify labor activists. This is a drive even more historic than the United Auto Workers' Nissan campaign in Canton, Mississippi, when the most prominent politician to support that effort was Bernie Sanders. Amazon is the very face of modern-day capitalism.

Every four years Democratic leaders have paid lip service to labor, one of the party’s strongest constituencies, but more often than not they failed to follow up. Meanwhile, the Republican Party has waged a relentless anti-union war ever since it pushed through the Taft-Hartley Act of 1947 over then-President Truman’s veto. That act made union organizing even more difficult by allowing states to outlaw the closed shop and thus allow workers to benefit from union contracts without joining the union. Every Southern state took advantage of that law to try and kill unions.

As reported recently by Labor South and also in The Atlantic, Donald Trump loved to boast his populist credentials and claim he was pro-worker. He lied about that just as he lied about a lot of things. He gutted the National Labor Relations Board and was your typical CEO in his attitudes toward labor.

Of course, Biden has played the neoliberal game for years, a game that generally put corporate interests on top and labor on the bottom. He worked under Barack Obama, who could speechify wistfully about the grand traditions and history of the U.S. labor movement but who as president showed limited interest in continuing those traditions and history.

Still, Biden has always had a working-class edge in his public persona, talking his Scranton, Pennsylvania, roots, moving easily among the strap hangers and other blue-collar folks in the crowd. From a close perspective as vice president, he witnessed the failed promises of the Obama administrations, the loss of Congress under Obama, GOP virulence, the rise of a progressive movement under Bernie Sanders, and he sees himself in an important moment of history, here as he moves toward the end of a long career that finally put him in the top job.

His strong endorsement of labor not only on the campaign trail but now as president of the United States is a breath of fresh air. Labor needed that.