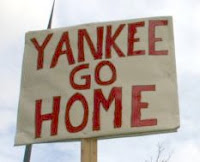 President Trump is feeling pressure. Plans for his wall across the U.S.-Mexican border are stalling. His former lawyer told members of Congress and the nation that he is a racist and a cheat. His party lost the U.S. House in the last election, and a growing number of Republicans are bucking his rule. His poll numbers are down.

So what’s a demagogue to do to get back on the public’s good side? Let’s rattle some sabers and talk about war, of course! Why not Venezuela? It’s what George W. Bush did with the invasion of Iraq back in 2003, what Reagan did in Grenada in 1983, and what other presidents have done before them.

Trump’s Secretary of State Mike Pompeo recently warned that Venezuelan President Nicolas Maduro’s “days (are) numbered.” With other warmongers like John Bolton and Elliott Abrams close to the President’s ear, Trump has to be wondering how he can best pull this off despite the American public’s weariness of war after nearly two decades of it in Iraq and Afghanistan. We live in a nation that’s permanently at war. Why not a third one?

Here’s what National Security Advisor Bolton told Fox News in January: “We’re in conversations with major American companies now. … It will make a big difference to the United States economically if we could have American oil companies really invest in and produce the oil capabilities in Venezuela.”

Bolton said the Trump Administration is closely watching not only Venezuela but also its fellow “troika of tyranny” members Cuba and Nicaragua.

The horrible economic and humanitarian crisis in Venezuela is partly of Maduro’s making, he and his mentor, the late Hugo Chavez. For an  example, they failed to diversify Venezuela’s oil-centered economy, and when oil prices dropped so did the nation’s economic well-being. However, Chavez was indeed “the poor people’s president,” as the National Catholic Reporter’s Bart Jones called him back in 2013. He was bound and determined to refocus Venezuela’s energies back on its legions of poor, and in doing so, he “offended people in high places and was a threat to the established order,” Jones wrote.

That “established order” included the United States and Wall Street with their long history of exploiting Latin America’s resources and upholding murderous right-wing dictatorships so long as they didn’t challenge the power of the U.S. oil industry or corporations like the United Fruit Company, later called Chiquita. Chavez nationalized banks, declaring the banking industry as a “public service” and he passed legislation declaring that 5 percent of their profits go toward community building. He won election after election, and so did his successor in 2016.

U.S. tentacles are all over Latin America these days, helping to turn left-leaning governments in Honduras, Brazil, Argentina and elsewhere to the right, and they’re closing in on Venezuela. The Trump Administration even has its own puppet in line to take over once Maduro is gone, National Assembly head and self-declared president Juan Guaido. U.S. troops indeed have been sent to the Caribbean in anticipation of another coup in Venezuela such as the one the United States helped orchestrate against Chavez in 2002. After Chavez’s kidnapping in that coup, his thousands of supporters filled the streets of Caracas and demanded his return. The anti-Chavez media “showed Hollywood movies” instead of reporting on the demonstrations, reporter Bart Jones said.

U.S. media haven’t been much different in their treatment of Chavez’s “Bolivarian Revolution” (after Venezuelan-born independence hero Simón Bolívar), Maduro and Venezuela.  Even the liberal New Yorker headlined Jon Lee Anderson’s 2013 piece on Chavez, “Slumlord”. There’s little on television or in the print media in the United States that has detailed the devastating effects of U.S. sanctions on the Venezuelan economy and people.

Still some writers have written effectively on this and related issues. Writer Michael Fox described the sad and tragic tradition of U.S. presidential meddling and Trump’s potential complicity in it in a recent piece for Salon and The Progressive Populist.

Back in September 2018, Labor South described at some length the sordid history of U.S. interference in the affairs of other nations, particularly Latin America. It looks like Trump would like to repeat that history, but this time Americans may be so weary of war that they’ll joined countless generations of Latin Americans who’ve loudly cried “Yankee Go Home”, and maybe the American Yankee this time will.