(To the right is UFCW organizer Rose Turner)

The vote was 80 for the union and 28 against at the 150-worker plant, said Rose Turner, organizing director for UFCW Local 1529. "Hopefully we can go ahead and try to get a contract with the company," Turner said. "That's what we are looking forward to."

The plant was unionized before it shut down in 2003. Campaigning for union representation began after it reopened. "In two weeks we had over 75 cards signed," Turner said.

Contract negotiations may still be a battle, she said. The company is owned by Global Foods in Fresno, Calif. "I know they are going to fight us," she said. "I just want to go ahead and get a contract they can live with."

The plant is located in rural northeast Mississippi. The little town of Water Valley, population approximately 4,000, has a long history of unionization that goes back to the days of railroad legend Casey Jones, a member of the Brotherhood of Locomotive Engineers who died trying to save his passengers in a train accident in Vaughn, Miss., in April 1900. 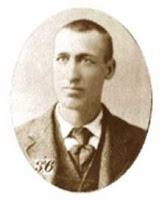 (To the left is a photograph of legendary train engineer Casey Jones, 1864-1900)

IWW balladeer Joe Hill put a twist on the legend with his song "Casey Jones--the Union Scab" in 1912. By all accounts that this author has found, however, the real Casey Jones was a loyal union man.

Twenty-two Walmart workers in Chile have lost their jobs because they participated in a general strike by workers across the country protesting changes in labor legislation, social security, tax reform, and education and health policies.

Arkansas-based Walmart was the only company in Chile to fire workers because of their participation in the protest. The company, virulently anti-union at its U.S. stores, has union agreements at stores in other countries.

Off the radar for most mainstream media in this country is the ongoing crisis in higher education in Puerto Rico, where students have been beaten and arrested, professors threatened with firings, and the largest of the University of Puerto Rico's campuses, Rio Piedras, shut down after massive student protests.

Thousands of students agreed to strike rather than accept an $800 increase in tuition in April 2010, ultimately leading to the shutdown at different times of nearly the entire 11-campus system of the university. The university administration agreed to postpone the tuition hike, but as the year drew to a close it went ahead and imposed the hike. Protests led to a police occupation of the university, banning of political demonstrations, and hundreds of incidents in which "students have been arrested, beaten, and at times sexually assaulted or tortured," according to Academe, the publication of the American Association of University Professors.

Supporting students and opposing the police crackdown were the Puerto Rican Assocation of Professors and the Brotherhood of Nonfaculty Employees.

The tuition hikes fit well with Puerto Rico Governor Luis Fortuño's ongoing efforts to privatize public institutions. The University of Puerto Rico has lost $336 million in government funding since 1997, and the $800 tuition hike amounts to a 50 percent increase in the cost of tuition to students.

Although polls show he's very unpopular with Puerto Rican voters, Fortuño is a darling of the Republican right-wing, which views him as a potential ambassador to the Latino population. Academe reports that Fortuño participated events in California sponsored by the Koch Brothers and conservative think tank, the Heritage Foundation.

One of the last of the firebrand activists from the 1930s, Stetson Kennedy, 94, died in August at the Baptist Medical Center in St. Augustine, Fla.

Kennedy was a veteran of President Franklin D. Roosevelt's Federal Writers' Project, a Ku Klux Klan infiltrator, and fellow traveler with the likes of folksinger Woody Guthrie and author Zora Neal Hurston. Guthrie even wrote a song about him.

The Jacksonville, Fla., native was the author of Southern Exposure, The Jim Crow Guide, and I Rode With The Ku Klux Klan. He went undercover to expose the Klan in the 1940s, joining the organization, learning its secret rituals and code words, risking his life, and subsequently casting a light on that secret world.

"My ideology was the same as Woody Guthrie and Carl Sandburg," Kennedy said at the Oral History Association's 40th annual meeting in Little Rock, Ark., in 2006. "The people, yes! Democracy, of and for the people."

Not content with letting Arizona get away with being the most regressive state in the nation on immigration issues, Alabama, as of Sept. 1, has what the New York Times calls "the nation's cruelest immigration law."

The American Civil Liberties Union has filed suit against the law, and top church leaders in Alabama have condemned it as inhumane.

Anti-immigration measures in Georgia and elsewhere in the South have been discussed at length in this blog. In April of this year, Ashley Furniture Industries in Ecru and Ripley, Miss., fired more than 500 undocumented workers, a shock to many considering what writer Yasser Fernandez in the publication Mira en Accion says is the long trail of "supervisors, managers, and human resource employees" at the company who've "engaged in identity theft scandals, dubious hiring practices, and worker rights abuses against undocumented immigrants."

Tea Partyers love what government can do, too!

Despite all their ballyoo about the federal deficit, government spending, and just bad government in general, Tea Partyers among U.S. House freshman have proven they can manipulate government with the best of them.

According to a report by USA Today last week, U.S. Rep. Stephen Fincher, R-Tenn., one of more than a dozen freshmen members of the House Tea Party Caucus, raked in nearly $90,000 in contributions from agribusiness, a special interest he has pushed and promoted in his short tenure in Congress. House freshmen took in more than $37 million in contributions by mid-2011.

The report indicates that Tea Partyers have in abundance something else that has long been a mainstay in Washington: hypocrisy.

Ikea, the Swedish firm that accommodated unions in Europe but fought them in Virginia, has a skeleton in its closet that's rattling to get out.

A new book by author Elisabeth Asbrink says Ikea founder Ingvar Kamprad's Nazi ties during World War II were a lot stronger than he has admitted.

Kamprad, who has acknowledged his "stupidity" in being attracted to Swedish fascism as a youth in the early 1940s, was actually very much involved in recruiting followers to the New Swedish Movement, Asbrink says. The group, led by fascist Per Engdahl, was a pro-Nazi organization.

A spokesman for Kamprad says he has long disavowed any beliefs he might have had as a young man regarding fascism.

Ikea, the world's biggest furniture retailer, fought a unionization drive at its Danville, Va., plant, but workers there in July voted overwhelmingly to join the International Association of Machinists and Aerospace Workers.